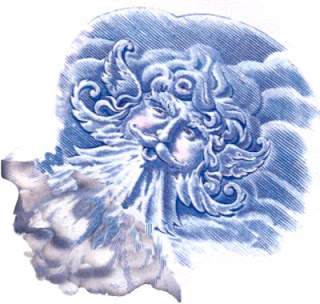 Summer in Costa Rica is glorious! After the rainy season months of storms and mud, the skies clear up and the sun shines intensely…for the next several months! While it usually takes a few weeks for the ocean to clear up from all the runoff caused by the rain, when it does the clear blue Pacific beckons you. The one aspect of the hot, dry Guanacaste summer that can at times be brutal is the Papagayo wind.

If you’ve spent any length of time in Guanacaste during January, February or March, you know this phenomenon. The wind can howl for days on end, gusting at speeds that rival a hurricane. The ocean temperature drops and whitecaps can be seen on the waves for miles around. In short, it is weather that can keep you inside even on the sunniest of days!

In Central America in the summer, these gale-force winds from the Gulf of Mexico and the Caribbean Sea funnel through narrow breaks in the Cordillera mountains and across the lakes of Nicaragua. The wind mixes the normally-warm surface waters with colder, nutrient-rich water that lies beneath the thermocline near the coast. While the winds may keep you out of the ocean for a few days, they actually create an algae bloom on which an entire food chain depends.

The weather behind the Papagayo wind is explained by NASA: “The meteorlogical mechanism that causes Papagayo winds is relatively simple. In winter, cold high-pressure weather systems move southward from North America over the Gulf of Mexico. These high-pressure systems create strong pressure gradients between the atmostphere over the Gulf of Mexico and the warmer, moister atmosphere over the Pacific Ocean. Just as a river flows from high elevations to lower elevations, the air in the high-pressure system will “flow” downhill toward lower pressure, but the Cordillera mountains block the flow of air, channeling it through Chivela Pass in Mexico, the lake district of Nicaragua, and also Gaillard Cut in Panama (which also holds the Panama Canal).”

So the next time you hear of a “snowpocalypse” in the states while visiting here, brace yourself because the Papagayo winds will be howling soon!